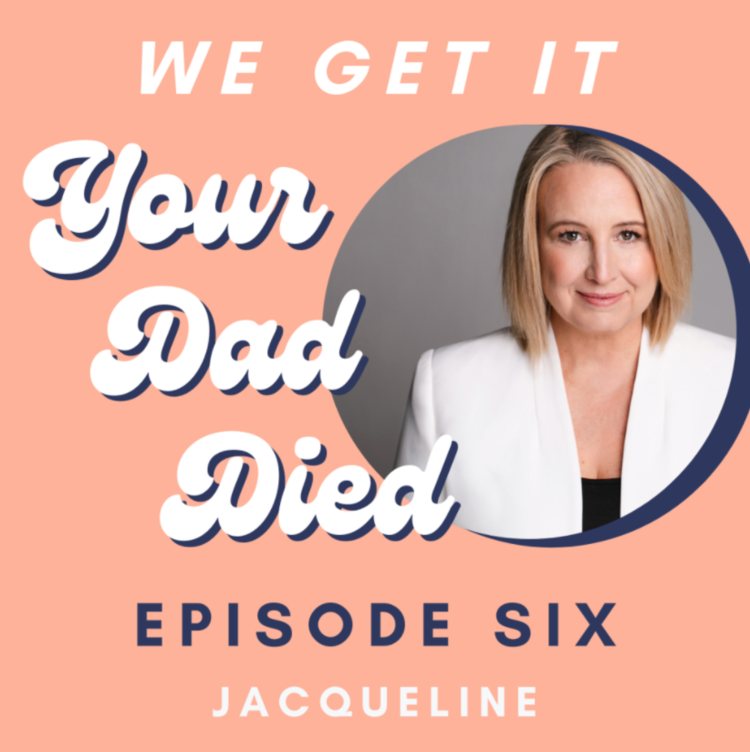 In this episode of We Get It Your Dad Died, host Margy Feldhuhn speaks with Jacqueline Nagle.

Jacqueline has forged a successful career dependent on redefinition and evolution. She has conceptualized and deployed strategies and projects which have driven rapid multiple 7 and 8 figure growth repeatedly. Realizing that the only way ‘out’ is ‘through’ Jacqueline has emerged from personal and professional firestorms knowing first hand that the scars from our past and the demons in our mind must be dealt with to truly create a brighter, clearer future.

Working through more than just a business loss, professional smashing, and profound heartbreak, Jacqueline is determined to bring the whole of her experience to the forefront in helping the people surrounding her understand anything is possible.

Jacqueline lost her right-hand woman. Jacqueline and Alicia were in total flow. Everything they did together worked. Alicia was suffering from bipolar disorder. She never got treatment because she felt like if she got rid of the bad, she would get rid of the good. Alicia’s best friend died of cancer and became a trigger for her bipolar.

After taking some time off, Alicia came back to work but she wasn’t the same. It was the first time Jacqueline believed in the soul. She would look into Alicia’s eyes, and her eyes were so empty, devoid of a soul. Jacqueline had stopped Alicia from killing herself a number of times, but Alicia’s 7th attempt at taking her life was successful.

Jacqueline was completely shattered. She was then told she would not be welcome at the funeral. Alicia’s husband categorically blamed Jacqueline for her death and the community stepped back from Jacqueline and her team. She felt like she was high-functioning walking dead. It took a long time for Jacqueline to deal with it and get through it.

If you are busy and don’t take the time, no matter how much time has passed you won’t be able to go through it and process that grief. Jacqueline realized she had never processed her grief. She had a stored grief reaction in her body, and 6 years later, she realized she had to do the work. You can’t side-step grief.

Jacqueline reminds us that we can trust something, but until we believe in it we can’t actually bring it to life. Trust is the logical analytical assessment, but believing comes from deep within your heart. When recovering from grief, every step is important, and every step is an achievement. Every single day there is something you can celebrate. But you have to do the damn work.